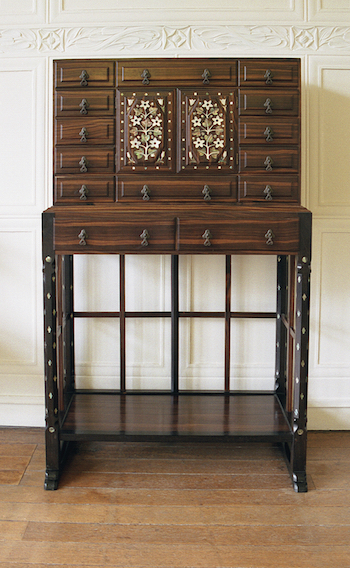 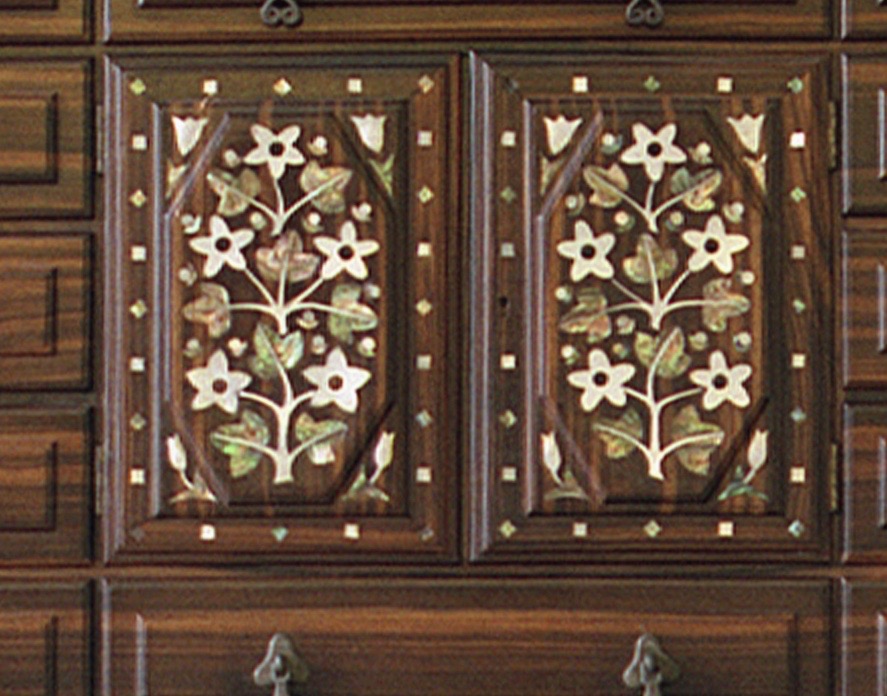 English crafts in the late 19th century were heavily influenced by the writing and philosophy of John Ruskin and William Morris. Honest craftwork was to be an antidote to the de-humanization of industrial labor. Morris’s company designed and made wall-coverings and fabrics. They also did an occasional piece of furniture.

Morris influenced a man named Ernest Gimson. Gimson had been trained as an architect, but Morris encouraged him to design furniture. Gibson and several young architects banded together to form a company. They employed a group of four woodworkers to execute their designs. Gimson was particularly fond of working with a Dutch cabinetmaker named Peter Van der Waals. He was trained in Holland in marquetry and inlay.

Gimson’s Cabinet On Stand (c.1907) is beautifully proportioned. Even in the picture one can tell that it is superbly made. The wood is Macassar ebony. A dozen drawers surround two doors decorated with mother-of-pearl and abalone shell inlay. There are bits of inlay enhancing the legs as well.

This cabinet is in the collection of the Leicester Museums.